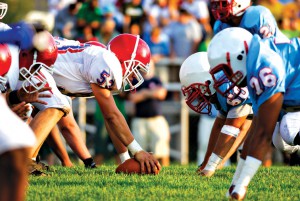 Concussions among teens may be happening more often than previously thought. One in five U.S. teens playing contact sports report at least one concussion, a new study finds.

And, more than 700 of 13,000 teens interviewed said they experienced more than one concussion.

The study emphasizes the importance of preventing and managing concussions during recovery. It appears in JAMA.

“…Participation in sports is one of the leading causes of concussions among adolescents,” the authors wrote. “…youth involved in contact sports are at an increased risk for sustaining concussions.”

The ImPACT™ Neurocognitive Test establishes a baseline for athletes. Should they have a concussion during the season, the baseline track their recovery. Athletes return to play when their testing matches the baseline.

It’s up to athletes, parents and coaches to keep players out of the game if they suspect a concussion. Continuing to play with a concussion causes serious problems. It makes healing take much longer.

There are four categories of concussion symptoms:

While some symptoms appear immediately, others may not show up for days or months after a head injury. Always consult your heath provider if you think your child has suffered a head injury.