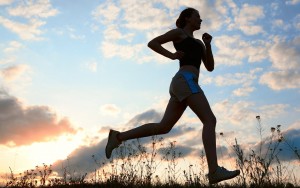 Teenage girls have a greater risk of sustaining overuse injuries from playing high school sports than boys of the same age.

Overuse injuries such as stress fractures, tendonitis and joint pain can occur when athletes repeatedly perform the same motion. Many high school athletes spend more than 18 hours a week participating in athletics. Some play multiple sports at the same time.

“These young people spend more time playing sports both in competition and in practice,” said Thomas Best, MD, who conducted the study at The Ohio State University Wexner Medical Center. “So, there’s a correlation there between the amount of time that they’re playing and the increased incidence of injuries.”

For many athletes, there is no single event that causes an overuse injury. Best believes that playing only one sport could be a major risk for developing an overuse injury because athletes continually use the same muscle groups. Another factor could be choosing one sport at an early age.

The study, published in the Journal of Pediatrics also found that the most common site for overuse injuries is in the lower leg, followed by the knee and then the shoulder.

Teen athletes should vary their movement, play more than one sport and make rest and nutrition a priority, Best said.

Parents of teenage girls especially need to pay attention to their child’s nutrition because this is when their bones are developing at the greatest rate.

“It’s incredibly important that they’re getting the proper amounts of calcium and vitamin D,” Best said.