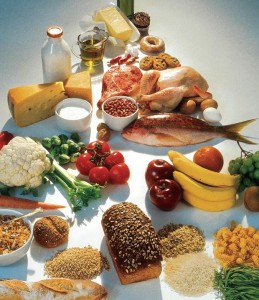 When you’re trying to lose weight or maintain a healthy diet, it’s essential to track your calories.

But how many of us keep count of how much protein we’re eating, and where that protein comes from?

A new study that looks at animal protein and cancer may change the way many Americans order their burgers.

Eating a diet rich in animal proteins during middle age can make you four times more likely to die of cancer than someone with a low-protein diet, according to a study published in Cell Metabolism.

“The majority of Americans are eating about twice as much proteins as they should, and it seems that the best change would be to lower the daily intake of all proteins but especially animal-derived proteins,” said study author Valter Longo, in a news release from the University of Southern California. “But don’t get extreme in cutting out protein;  you can go from protected to malnourished very quickly.”

The research comes as many people look to high protein diets to help them lose weight and build muscle.

“Not only is excessive protein consumption linked to a dramatic rise in cancer mortality, but middle-aged people who eat lots of proteins from animal sources – including meat, milk and cheese – are also more susceptible to early death in general,” the news release states.

The study also showed that our body’s need for protein changes as we age. People over the age of 65 who ate a moderate- to high-protein diet were less susceptible to disease.

The study’s findings support recommendations from several leading health agencies to eat about 0.8 grams of protein per kilogram of body weight every day in middle age. A person who weights about 130 pounds should eat between 45 to 50 grams of protein every day, with much of it coming from plants such as legumes, Longo said.

+ Learn how to take control of diabetes through our counseling program at Bon Secours In Motion. We offer group and individual diabetes counseling sessions.

+ Read about the Nutritional Analysis program offer at Bon Secours In Motion. Our Registered Dietitians can help you understand your body’s nutritional needs.