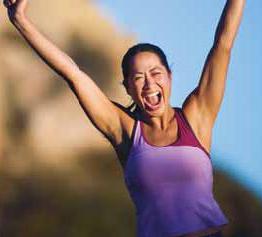 A new report from the American Academy of Pediatrics outlines screening guidelines for physicians.

Teenage athletes need careful scrutiny because this is the age when they build bone mass, according to the AAP. Without proper nutrition and bone mass development, teen athletes may have bone density issues when they’re older.

Girls who participate in certain sports face a greater risk, as well. Cheerleading, gymnastics, running, dancing and figure skating make the list because they emphasize leanness and endurance. Other risk factors include: specializing in one sport at an early age, dieting, family problems and abuse.

The AAP report says it’s important to watch out for any signs of female triad. Symptoms often appear long before doctors make a diagnosis.

The AAP recommends screening for the female triad during well-check ups with a health provider. Athletes should be asked if they worry about their weight and their eating habits. Other questions assess menstruation and whether an athlete has had a stress fracture.

+ Do you or an athlete in your family need help with nutrition? Our Registered Dietitians can help create an individualized eating plan to fuel the body’s caloric needs.

+ Thousands turn to Bon Secours In Motion in Hampton Roads each year. Learn more about our  fitness, nutrition and weight loss programs.